AcceptWe use cookies to ensure that we give you the best experience on our website. If you continue without changing your settings, we'll assume that you are happy to receive all cookies on this website. However, you can change your cookie settings at any time.

HistoryQuarrying began on the site of today’s quarry in the middle part of the 19th Century...
AsphaltThe installation of our coated macadam plant was completed in 2001...
ConcreteMorris & Perry have supplied ready mixed concrete from our on site plant since 1963...
AggregatesAt Morris & Perry we produce a complete range of crushed limestone... 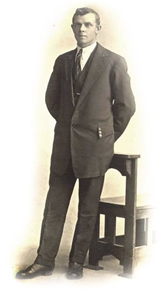 Quarrying began on the site of today’s quarry in the middle part of the 19th Century on a small scale hand extraction basis. Three more quarries were opened in the local area in the early part of the 20th Century to provide stone for the burgeoning road building programme. Larger scale quarrying on our site began in 1928 by F. Flowers & Sons the stone initially being used in their lime works located close to todays quarry entrance.

In the 1930’s ownership passed to one of Francis Flowers main customers, Blanchard & Burgess, a Builders Merchant from Poole. John Yeoman had a spell in charge in the 1950’s before the operation of the quarry passed to City Sand and Gravel who continued stone production until the early 1960’s.When City Sand and gravel ran into difficulty in 1962, Sidney Morris, a Chilthorne Domer based construction material producer and customer of City, purchased the quarry and ran it in conjunction with his son in law George Perry. The emerging company was named Morris & Perry.

A Concrete plant was installed in 1963 and a coated macadam plant in 2001.
S Morris remains our sister company and today produce concrete blocks at Tout Quarry Charlton Adam and Ready Mix Concrete at S. Morris plants in Yeovil  & Taunton. The distinctive green and yellow livery was introduced to both companies in 1975.

From 1994 ownership of both companies transferred solely to Sidney Morris’s daughter’s family and is now managed by his grandson, Brian Perry.

Please get in touch today, we always want to hear from you.